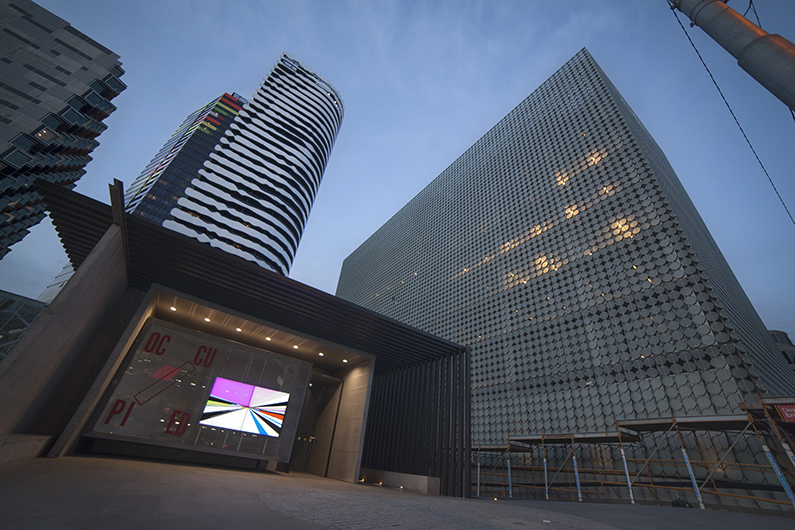 The Future Happiness video was part of an installation which investigates the near future possibilities of Melbourne’s urbanism by scrambling the cities architecture and urbanism in sheets of time. The video posits an urbanism as an alternate version of the city in which past present and future have been spliced and shuffled in ever mutating combinations. Robin Boyd’s Australian Ugliness has been scrambled. We travel through space as a diagram of the contemporary city splattered by space-junk architecture, fake nature and signs. The camera travels through black hole screens into alternate realities where buildings provide other experiences and worlds for us to choose from. The RMIT Design Hub by Sean Godsell (where the video was originally exhibited as part of the Occupied exhibition) is seen in its normal state, and then after passing through a black hole television screen, in an alternate version reworked by Callum Morton as a casino (relating to his ongoing practice of mutating iconic modernist buildings), replacing and overlaying its current function as a place of learning in RMIT university.