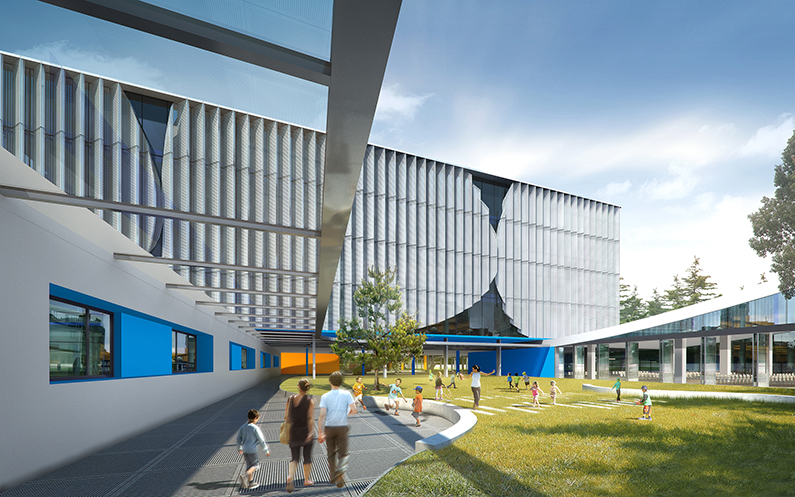 The Qingpu School in Shanghai, a design for a middle school on the outskirts of the city, was conducted as part of a selected competition for Shanghai China in 2018. The Qingpu School is a project for a middle school ranging from years 5 to 10. The classroom blocks are connected by a podium which forms a base with three courtyards. The blocks are colour coded and the sunshades form abstract patterns which give the year groups a sense of identity. The entry drop-off area cuts in under the middle education block, which rests on the giant rock. The big rock is actually the security and information booth. Social activities such as the gym, auditorium, cafeteria and library face on to the lower courtyards. Art rooms and other activities open out to the upper podium with views of the sports fields and courtyards. In this project traditional Chinese architectural elements such as the courtyard and the fake rock are combined with modern architectural elements.