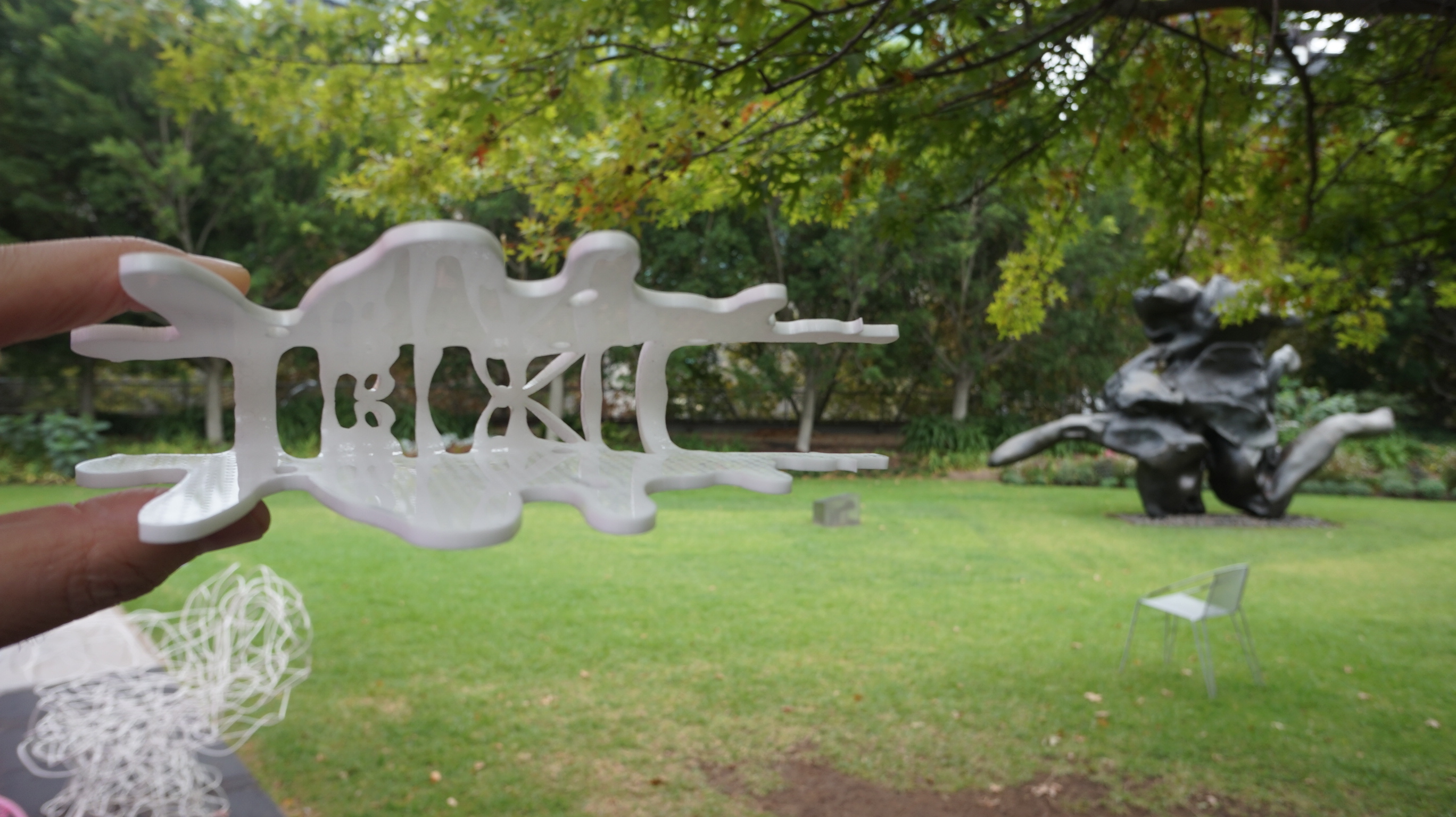 The Splatter Pavilion, proposed for the National Gallery of Victoria’s sculpture garden, explores some of the spatial and formal possibilities of a liquid architecture. The process for the design of the pavilion involved dripping liquid onto a surface, tracing the drips in Rhino, slicing the edge, mirroring the drip-surface and folding the surface around to create a self-supporting space with simple structural integrity. The folding of the pavilion allows for a simple yet effective structure. The rear curved wall has large arabesque openings to allow views through the garden and help wind loadings.

The pavilion is intended to interact with the sculptures in the NGV sculpture garden. E.H. Gombrich wrote that Alberti, in his book ‘De Statua’ hypothesized that the origins of art were most likely based in a common everyday experience in which early mankind projected images into the abstract shapes of nature, such as trees, branches and clouds. Leonardo wrote in a similar manner about stains and cloud formations. The images that cultures have projected into star formations predate Plato’s theory of representation by millennia. This idea became the background for the idea of a Splatter Pavilion, based on fluid abstract drips, positioned in a garden full of semi abstract sculptures. Significantly the pavilion is situated between Rodin’s ‘Balzac’ (1898), an icon of 19th century abstraction, and de Kooning’s ‘Standing Figure’ (1969), with its strong relation to abstract expressionism. Both sculptures work on a splatter-like sliding scale of abstraction and figuration, which the pavilion takes its cue from.