The NR entry to the Brookes Jetty competition explores the idea of the jetty as a folly as liquid inspired form. The jetty was designed by pouring liquid onto a surface and filming the drips. The photo of the splattered paint was imported into a 3D program, mirrored like a Rorschach then curved around to form a sun shelter. The folly is a porous space which acts as a lens through which to experience Port Philip Bay in a new meaningful and unprecedented way. The Splatter Jetty would help create unexpected visual and physical relationships with the water’s surface. The splatter form will also work like a giant inkblot within the urban environment which Leonardo da Vinci and Alberti first analysed as a form of free association or guessing game which people love to play. The roof would provide abstract dappled shade from the sun. 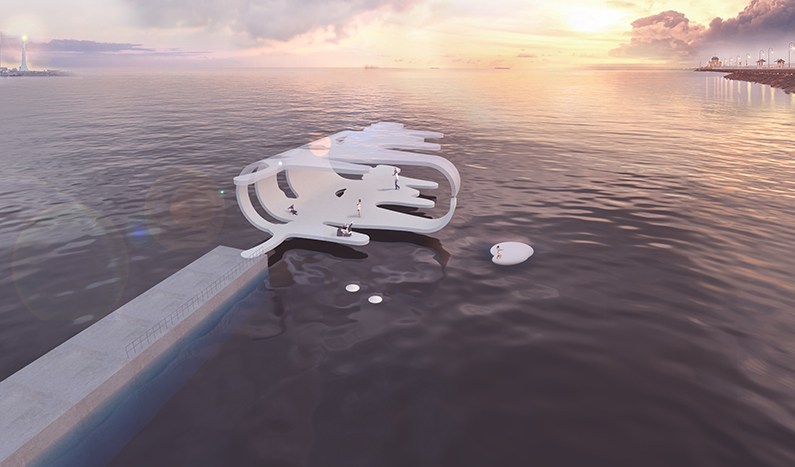