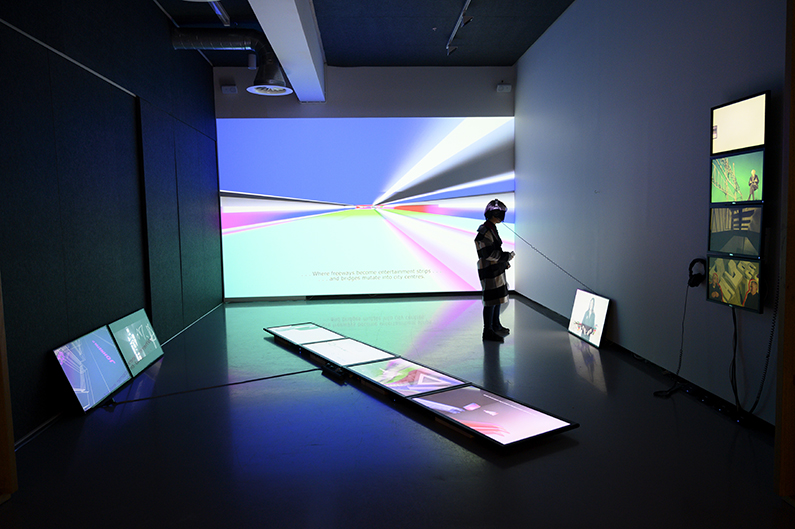 The exhibition was intended as a survey of a selection of NR’s architectural video output to be exhibited at the ADR19 conference in 2019. The survey took the form of a spatial video installation that not only showed the videos themselves but also created an experiential space using videos as the building blocks.

Nervegna Reed use video to compliment an expanded architecture practice. Video is used in a few ways: as documentary, to produce a visual dialogue about architecture, as an exploration into spatiality and image, as installations that explore the relation between image and spatiality and as a type of sketching device to produce new ideas for architectural works.